Evan is a Partner at Plymouth Growth, where he focuses on sourcing and executing lead investments in technology-based businesses. Since joining in 2014, he has led six of Plymouth’s investments and has been involved in many other successful financings. Prior to Plymouth, Evan served as Vice President at Quilvest Private Equity in New York. He focused on evaluating and executing direct private equity investments – buyouts, recapitalizations and growth equity – in such industries as software, telecommunications and manufacturing.

Previously, Evan worked in real estate private equity for The Carlyle Group’s senior housing division, Carlyle Senior Housing. Evan began his career as an architect at SmithGroup, one of the oldest and largest architecture and engineering firms in the U.S. 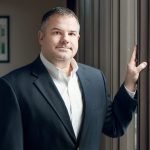 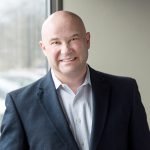